According to researchers, the Maori may have discovered Antarctica first, and the connection between the icy continent and the surrounding oceans dates back to the 7th century.

A new treatise by the University of Otago combines literature and oral history to conclude: MaoriThe indigenous peoples of Aotearoa, New Zealand, were probably the first to explore the waters surrounding Antarctica, and perhaps distant continents.

They write that the journey to the deep south of Maori and Polynesia has probably been a long time, dating back to the 7th century, and is documented in various oral traditions.

According to Maori oral history Tribal groups Ngāti Rārua and TeĀti Awa, The first person to travel to Antarctica was Polynesian explorer Huiterangiora.

Researchers said, “The story of Polynesia sailing between the islands tells the story of Hoi Te Langiora and his crew, probably in the early 7th century, sailing to the Antarctic Ocean on a Te Ivi o Atea ship. Is included. ” According to oral tradition, they named the sea a “frozen sea.” “Pier” refers to arrowroot and looks like snow when scraped.

A record of Polynesian oral history since 1899 is: “A huge sea. A woman living in mountain waves. Its tufts sway in the water and on the surface of the sea, with the frozen Pier’s sea and fog, fog, and darkness. Deceived animals of the sea dive deeply. A place invisible to the sun.

“Others are rock-like, their peaks pierce the sky, they are completely naked and there is no vegetation on them.” SP Smith, who recorded the oral history, tells the story of Antarctic kelp, It states that it may explain marine mammals, icebergs.

Later, according to researchers, Maori sailor Te Atu was often said to be the first Maori and New Zealander to see the Antarctic coast in 1840. His trip to Vincennes was mapped miles of the Antarctic coastline as part of the United States. expedition.

Fabian Gottlieb Fombellingshausen and Mikhail Lazarev are often hailed as the first explorers to discover Antarctica. In 1820, they came across the Fimbul Ice Shelf.

In the release, project leader Dr. Priscilla Wech said, “We found that the connection between Antarctica and its waters has continued since the first traditional voyage.” “It is important for both current and future programs of Antarctic studies to consider responsibility for underrepresented groups, especially Maori,” she said.

Researchers also conducted an ongoing review Maori Engagement and travel to Antarctica states that “the story of the Underrepresented Group and its relationship with Antarctica is not well documented and acknowledged.”

Paper,’A short scan of Maori trips to Antarctica‘It was published in the Royal Society of New Zealand magazine. 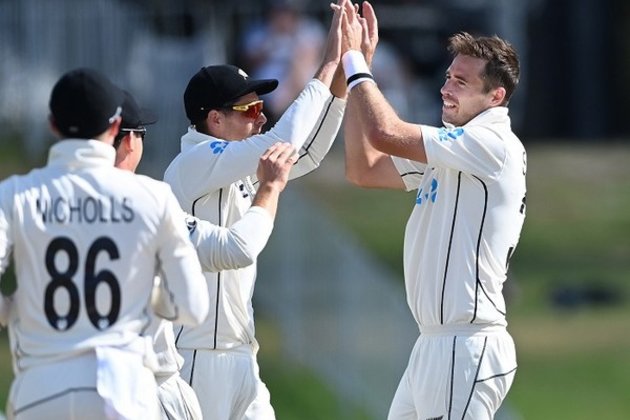